You are here: Home / Health / Medicine / Farm Bureau expects to offer new health benefit packages by end of the year 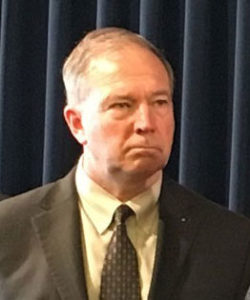 The Iowa Farm Bureau is moving ahead with plans to sell new “health benefit” plans to perhaps tens of thousands of Iowans through Wellmark after legislation was signed into law last week by Governor Kim Reynolds.

Iowa Farm Bureau President Craig Hill says the new law corrects a problem that was created by the federal government’s Affordable Care Act. “It provides us the opportunity to bring benefits to our members in health care,” Hill says. “We’ve done this for nearly 50 years as a partner with Wellmark but the Affordable Care Act eliminated our options and took us out of the market because of that legislation.”

Hill says one of the most pressing issues for farmers has been the inability to buy affordable health care. “Premiums have risen 300% since 2014 and many families are paying 20- and 30- and sometimes $35,000 a year for a policy with a large deductible,” Hill says. “It’s taken them out of the market. They’re going without insurance because they can’t afford it. They’re borrowing money to pay the premium.”

Hill sees the new health benefit package becoming available by the end of this year or early next year. “We think there’s 20-to-30,000 Iowans who quickly will move toward this,” Hill says. “They’re on the individual marketplace and are either without a policy or are on an unaffordable policy. There will be more next year. We’re working with Wellmark to get the underwriting prepared and get the policies out.” The Iowa Farm Bureau plan is under the rules for association plans offered by groups that have something in common, such as belonging to an association or a small employer. The Trump administration is drawing up new rules to offer health benefits outside the Affordable Care Act.