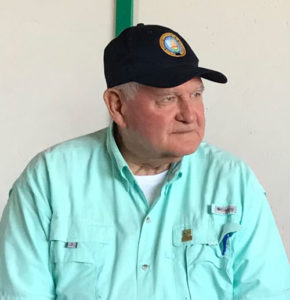 “The Mexico announcement was great,” Perdue said. “If we can put Canada in the bag, that’ll be even better.”

This past weekend, President Trump indicated he was prepared to leave Canada out of the deal — and Trump warned congress not to interfere if he decides to terminate the North American Free Trade Agreement. Perdue told reporters in Iowa it’s crucial to get the NAFTA re-negotiations wrapped up soon, so congress can vote on the new deal before a new congress takes office in January.

“Most of these negotiations do better when they’re under deadlines,” Perdue said.

Perdue indicated ag issues are among the stumbling blocks to striking a new trade accord with Mexico. The way Canada grades U.S. wheat is among them, along with a rule on wine sales in the Canadian province of British Columbia that the U.S. complains restricts the sale of American wine there. However,  Canadian tariffs on American dairy products are the main “irritant,” to resolve, according to Perdue. He said if those issues can be resolved, that might start a wave of trade deals.

“We get a little momentum and a domino effect where people could move,” Perdue said after an event on a farm near Melbourne. “Japan — we possibly could have a good deal there coming there soon.”

U.S. and Canadian negotiators are scheduled to resume trade talks Wednesday. It’s unclear whether President Trump has the legal authority to withdraw from NAFTA without congressional approval.