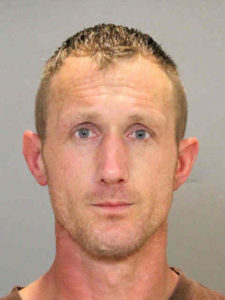 A Waterloo man has been charged with vehicle homicide in connection with a fatal accident involving a bicycle south of the city earlier this summer.

Black Hawk County sheriff’s deputies arrested 39-year-old Joshua Summerhays on Monday. According to authorities, Summerhays was driving a vehicle that struck and killed Connie Inks, who was riding her bicycle on U.S. Highway 218 near Washburn on July 2.

Sheriff’s deputies say they filed the vehicular homicide charge against Summerhays after consulting the Black Hawk County Attorney’s Office, which conducted a lengthy investigation into the crash. Authorities allege that Summerhays was distracted by an electronic device at the time of the crash.

They say laboratory results of chemical analysis by the Iowa Division of Criminal Investigation show that Summerhays was also under the influence of various types of drugs when the accident occurred. Summerhays is being held in the Black Hawk County Jail.