You are here: Home / News / Transportation Commissioners discuss the politics of meeting at the Iowa State Capitol 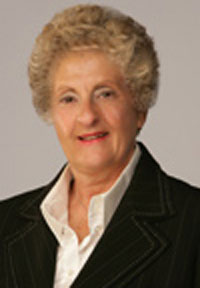 Members of the State Transportation Commission had a discussion about politics and the impact on their decisions during a workshop Tuesday.

The issue came up as the commissioners discussed holding a meeting at the state capitol in February. Commissioner Charese Yanney of Sioux City questioned the proposal to hold a meeting there.

“I don’t think it’s right for us to have a meeting in the capitol building. If you read your commission handbook, you are over here in Ames for a reason,” Yanney says. “The whole idea is this commission is not supposed to be politically based — you are supposed to be looking at the entire state.”

Commissioner Tom Rielly of Oskaloosa says he supported the meeting and never intended it to be a political issue. “I didn’t see it as that. I want to open up more of a showcase to try and get across what these commission meetings are really actually like. And I totally respect where you are coming from, I absolutely do,” he says.

The Transportation Commission regularly holds meetings at locations outside of the DOT headquarters in Ames and often combine that with a tour of ongoing road projects in the area they visit. Rielly says the capitol meeting seemed to be a good combination with a tour of projects in the area. “The intent was not to make it political, I just hope you can understand that,” Rielly says. “I do understand that Tom — and as I told you at the last meeting — the fact that we have three former legislators on this board doesn’t help any,” Yanney responded. ”

A commission member pointed out that Yanney just recently mentioned at the ceremony marking the end of the Highway 20 four-lane project how important it was that legislators approved an increase in the gas tax to get it done. Yanney says there’s more to that story.

“Their arms had to be twisted behind their back to get them to vote for that gas tax — not by us — but by other people,” Yanney says, “…most folks it was important to their constituents that they vote for that gas tax…So I understand that they are important when you want something. But on the other hand, you scratch my back, I’ll scratch your back.”

Commissioner Kraig Paulsen of Kelly is one of the former legislators on the commission. Paulsen says he considers the meeting at the capitol to be an experiment and he “respectfully” thinks it is a good idea.

“Providing an opportunity to share the good work that the DOT does and the DOT Commission does with those who approve the budget and oversee some of the larger polices of what we do is I think a great way to reach out and say ‘we’re proud of what we do and to the extent that you’d like to know what we’re doing, we’ll make ourselves available.’ That’s my opinion on that,” according to Paulsen.

The director of the DOT, Mark Lowe, says not all legislators have had a chance to see how the Transportation Commission works, and he likes the idea. “I’m really comfortable with the idea that they actually see the commission functioning and see what your role is — because I think that can help create confidence,” Lowe says. “There is political pressure on us sometimes for local projects, but it comes very directly to us. And what we are often trying to reflect them back to is the larger program and how that comes together and how the commission functions. So, that is one of the reasons I am very comfortable with the experiment. I think it is healthy for us if we are able to attain that.”