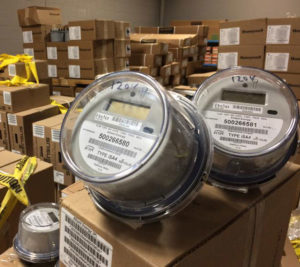 State regulators say gas and electric customers of Alliant Energy will not have to pay a fee if they decide they don’t want to have a new high-tech meter.

Iowa Utilities Board spokesman Don Tormey says Alliant proposed replacing old meters with what it calls an advanced metering infrastructure (AMI) or smart meter program. They also proposed charging residential customers $15 if they didn’t want to switch to a new meter to pay the cost of manually reading the old meters.

The board ruled against the proposed fee in deciding the overall tariff case. “They noted that the meter reads were already included in base rates, so there should not be a fee at this time,” Tormey explains. “And then the board went on to explain exactly what they decided on regarding those proposed tariffs by Alliant. So, they’ve rejected the tariffs Alliant filed, they’ve asked them to file revised tariffs.”

The smart meters use a wireless signal that gives the company the usage information without having to manually go to each meter. Tormey says the IUB ruling allows customers to keep their old analog meters. “They can keep that as long as the meter is functioning properly,” according to Tormey. “If it breaks down or needs to be replaced, they would have a choice at that time to get a non-transmitting meter — but it would still be a digital meter. And they would be able to opt out of having an AMI meter.”

Tormey says the customers who filed a formal complaint will be getting a letter from the IUB explaining the board’s decision. The IUB order does not preclude Alliant from seeking a customer charge or fee for its opt-out tariff as part of future rate cases.