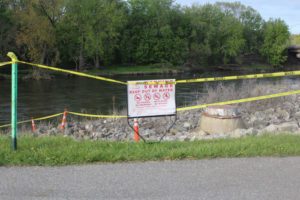 A broken pipe is releasing sewage into the Cedar River in Waterloo.

Work is underway in Waterloo to repair a broken a wastewater pipe that’s letting an estimated 12,000 gallons of sewage enter the Cedar River per day.

City officials say they discovered the leak in the main line of a lift station near the National Cattle Congress fairgrounds. The affected pipe runs approximately 18 feet beneath the river levee.

Waterloo city officials say workers are in the process of making temporary repairs to mitigate the situation and permanent repair work is currently under design. Construction is expected to begin as soon as the final plans are approved by the Army Corp of Engineers, which has oversight of Waterloo’s levee system. 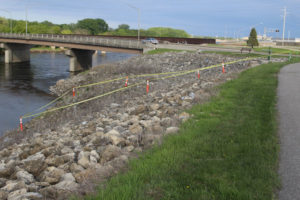