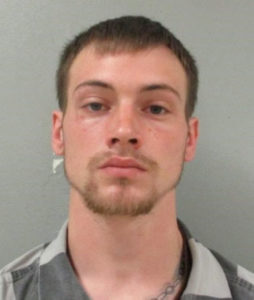 A 22-year-old northeast Iowa man faces a murder charge for a baby’s death nearly a year ago.

Four-week-old Holden Smith died last May of brain injuries. He’d been rushed to the hospital in Sumner four weeks earlier after his guardians reported he was “seizing,” then the baby was transferred to University of Iowa Hospitals for treatment.

Investigators determined 22-year-old Dean Alan Hettinger of Westgate was one of the baby’s caretakers when the child was injured. Hettinger has been charged with first degree murder and child endangerment.

Hettinger was in the Black Hawk County Jail on unrelated charges when he was taken into custody, arrested on the murder charge and transferred to Fayette County’s Jail. He’s being held on a $1 million bond.