You are here: Home / Crime / Courts / Man sentenced to jail for theft of Ritchie Valens memorabilia 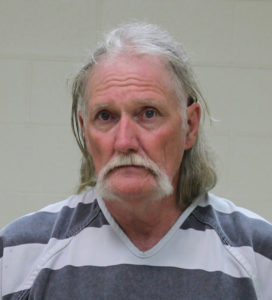 A north-central Iowa man who pleaded guilty to stealing heirlooms from the family of fallen rock star Ritchie Valens during the Winter Dance Party in Clear Lake was sentenced to one month in jail.

The Valens family had reported two framed family photos of Ritchie Valens and a framed movie poster were stolen from the Best Western Motor Lodge during a family luncheon on February 2nd. The items were recovered 12 days later in good condition.

Fifty-nine-year-old Mark Hobbs was later arrested and charged with second-degree theft and conspiracy to commit a non-forcible felony, with authorities saying that he had been seen on surveillance video taking the photos. As part of a plea agreement, Hobbs pleaded guilty to a charge of third-degree theft, with the conspiracy charge being dismissed.

Judge Adam Sauer on Monday sentenced Hobbs to 30 days in jail and issued a $625 fine, which was suspended. Hobbs late last month was also charged after authorities allegedly found more than a pound of methamphetamine in a Mason City storage unit.
His trial on that charge is scheduled for November 5th.