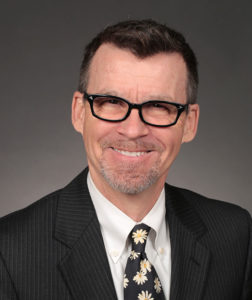 A Democrat state lawmaker from Iowa City is criticizing the deal approved today by the Board of Regents that will let a French company run the University of Iowa’s utilities for a lump sum payment.

Senator Senator Joe Bolkcom says the plan is basically a loan to the university. “We’ve had a decade of underfunding of our public universities by Governor Reynolds and the Republicans. And here were are with this exotic plan to have the University of Iowa borrow one-point-one billion dollars to manage over the next 50 years,” Bolkcom says.

He says taxpayers will be on the hook for the money if the plan doesn’t work. Bolkcom says he is concerned that the Board of Regents and U-I administration were not more open about the plan. The president of the school and the Board of Regents answered critics of their openness — saying they’ve had several meetings on the issue.

“Most of the meetings they’ve had here in Iowa City on campus is a discussion of how they are going to spend the 15 million dollars a year they hope to get from this endowment,” according to Bolkcom. “They really only in the last two weeks have they presented the actual details to a handful of legislators and leaders the details of how the money would work.” Bolkcom says they didn’t even reveal the name of the company they planned to partner with until right before the announcement today.

Bolkcom says this isn’t the way to run a public university. “We need to get back on track in supporting them. We’ve given away a lot of tax cuts to big corporations and wealthy Iowans. And here we are having to borrow a billion dollars to fund the ongoing operation of the University of Iowa. We can do better,” Bolkcom says.