You are here: Home / Recreation / Entertainment / Hunters shouldn’t have any trouble finding quail and partridge 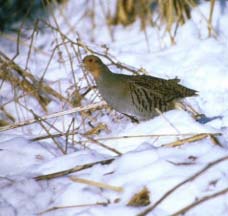 Hunters shouldn’t have much problem finding game birds when the seasons open next month.

Iowa DNR Wildlife Biologist, Todd Bogenschutz has already indicated the surveys show good numbers for pheasants. He says the same is true for partridge. “Partridge numbers were up statewide. Better numbers came up in north-central and northeast Iowa,” Bogenschutz says.

Quail are the only birds that didn’t make a big jump up. “Our quail numbers were more or less unchanged from last year,” according to Bogenschutz. “They had tumbled down, the winter of 8-19 was a pretty tough one on quail. And so we took a pretty good tumble there.”

Bogenschutz says conditions in parts of the state may’ve influenced the August survey. He says west of I-35 in the drought areas he is not sure the roadside survey gave a good count for quail and pheasants — as he says his staff is predicting a better year there.

Even with no change in quail numbers, there’s expected to be a lot available. He says hunters shot 20,000 last year after being up into the 40 and 50,000 range. Bogenschutz thinks 20,000 is possible, but probably not back up to 40.

The pheasant and quail seasons open on October 31st and run into January. The partridge season opens on October 10th.