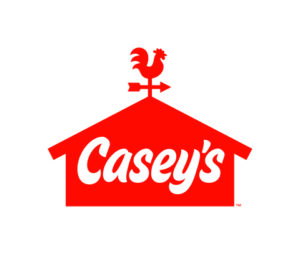 The Ankeny-based Casey’s convenience store chain is rolling out a new logo. It’s the first logo change in 52 years and features Casey’s in white on a red background — but no longer features the words “General Store” at the bottom.

Casey’s spokesperson, Katie Petru, says this reflects the modern identity of the stores. “What we have heard from guests is that they don’t necessarily think of us as a general store. And I think even more importantly, Casey’s reflects the friendly kind of community or neighbor-like role we play,” Petru says. “When we talk to guests and when our store team members greet guest — they just talk about us as Casey’s. They say ‘my Casey’s’ or ‘I’m getting Casey’s pizza’.”

The logo that is being replaced.

Petru says the new look goes along with the new ways they are reaching customers with their app and online offerings. The Casey’s often would be the only store in some small towns — but that has changed too as the company expanded. “We are born out of small towns and we still open new stores in smaller towns, but certainly have expanded and serve a lot of mid-size communities. We have over 50 stores in the Des Moines for example,” Petru says. “We have a nice presence in places like Kansas City, Omaha. so certainly those mid-size and suburban areas are strong, and we have a lot of fans and guests there as well.”

A store in Ankeny is the first to get the new logos and Petru says others will follow. “From a store perspective, you’re going to see this come to life over a few years,” according to Petru. “Most immediately you’ll start to see some of our new Casey’s branded products and packaging start to show in our stores. That’ll be in the coming months.”

The change is something similar to what the Boone-based Fareway grocery stores did in 2018 as they “refreshed” their store logos and uniforms, going away from their white shirts and ties for polos.