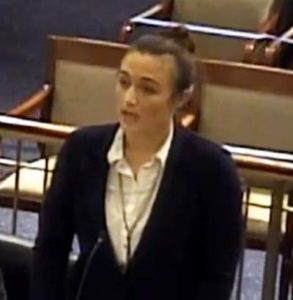 The Iowa Supreme Court is considering the request of Jason Carter to overturn the ten-million-dollar verdict in a civil trial that found him liable in his mother’s 2015 shooting death.

Carter was found “not guilty” of second-degree murder in his 2019 criminal trial that was held after the civil trial. Kanne says the failure to disclose other potential suspects in the shooting at Shirley Carter’s home in Lacona during the civil trial prevented a similar verdict in the criminal trial.

Kanne was asked about the difference in the burden of proof in a civil and criminal trial. She agreed there is a difference — but says that was not a factor in the case. “The evidence that is now available to us would have changed the outcome of the civil trial — and this is perfectly exemplified by the fact that…. we did prove in Jason Carter’s criminal case that this did change the outcome,” Kanne says. 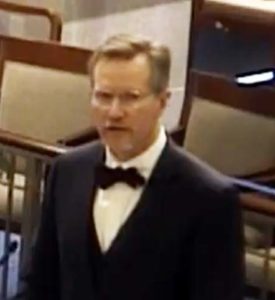 The civil lawsuit was brought by Jason Carter’s dad Bill after there were no arrests in the case. Attorney Mark Weinhardt urged the justices to keep the verdict in place.

“We are now in the sixth year of an unimaginable tragedy for a husband and a father — Bill Carter. We are now in the fourth year of trying to get finality for the jury verdict that was returned in this case,” Weinhardt says. ” It is time for some small measure of justice for Bill and his wife’s memory.”

Weinhardt says the defense is trying to get the verdict thrown out based on the theory that an outsider showed up and shot Shirley Carter during a robbery. He says that doesn’t hold up. “At the trial of this case, both sides called extensively credentialed and experienced crime scene reconstruction experts. Both sides experts agreed that the burglary-robbery scene at the house was faked,” Weinhardt says.

He says the evidence shows that Jason Carter knew details of the shooting that only the killer would have known. Weinhardt summed up his argument by asking the justices to uphold the civil verdict. “It is time for a modicum of justice for Shirley Carter’s memory,” he says.

The Supreme Court will issue a ruling at a later date.