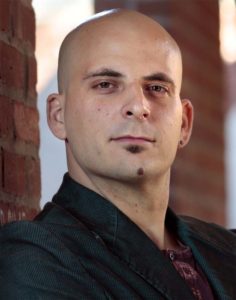 An Iowa State University study finds a person who is sleep-deprived may not give as much information during an interview with law enforcement, whether that person is a suspect or a potential witness.

ISU psychology professor Zlatan Krizan says about 140 volunteers were questioned for the study, half got a regular night’s sleep while the other half lost up to eight hours of sleep over two days. “What we saw is that sleep-deprived individuals reported fewer pieces of that critical information regardless of whatever crime they disclosed about,” Krizan says. “If you count up those individual pieces, it ended up being about 7% less which, when you think of the numerous interviews conducted in the field, even for a single case, it really adds up to a significant amount.”

As part of the study, participants were asked to disclose past criminal activity based on a list of 20 crimes, things ranging from transporting fireworks and trespassing to shoplifting and driving under the influence. They were then questioned about the most severe crimes — underage drinking, experimenting with illegal drugs, and driving under the influence were the most common ones.

Those who had less sleep were not as motivated to recall information or found doing so required more effort. Krizan says the FBI provided a grant for the research. “There’s a branch of the Department of Justice that’s really interested in how can we effectively and ethically get accurate information,” Krizan says. “Keep in mind, in a lot of contexts, it’s not about getting a confession, it’s about getting information that you can check, that you can verify, that you can act on.”

The study is one of the first to look at how sleep affects behavior during interrogations or interviews. Krizan’s study is published in the academic journal SLEEP.