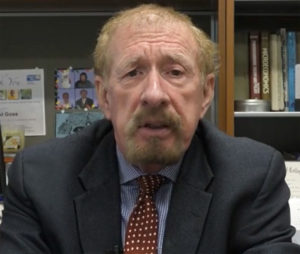 The Creighton University survey showed good growth for Iowa and other states in the middle of the country — but there are concerns about what is ahead.

Creighton economist Ernie Goss says he was surprised at the Business Condition Index for March — which is figured on a 100 point scale.
“It jumped to 71.3, and that’s the highest reading since July of 2021. It was up from last month’s reading, February’s reading of 64, ” Goss says. “This was almost. I won’t call it a shocker — but I was surprised it was so strong,” Goss says.

He says 50 represents growth neutral on the scale. Goss says Iowa and the other states in the survey region are doing better than the country as a whole. “It’s much stronger, much stronger for the MidAmerican region than the U.S. And I attribute that to much higher agricultural commodity prices and the spillover into the other industries across the region,” according to Goss. “That’s why I think we are seeing a much better reading for the MidAmerican region.”

Goss says there are ongoing concerns.  He says seven out of ten supply managers say supply chain disruptions are their biggest concern they face for the coming year, while two out of ten say rising interest rates are a concern. Goss does expect the Fed Reserve to raise interest rates again in May.

Goss says there has been an expansion of businesses, but only Arkansas is back to employment levels before the pandemic. He says the economy is likely to slow. “Inflation will remain very high, of course, we’ve now recorded this very strong inflation number for March. So this is going to remain with us for some time, the Consumer Price Index will be higher in the weeks and months ahead. Economic growth will slow and potentially move into negative territory,” he says.

Iowa’s individual Business Conditions Index for March rose to 75-point-six from 60-point-six in February. Over the past 12 months, the report says Iowa’s average hourly manufacturing wages expanded by three-point-seven percent — eighth highest among the nine states.