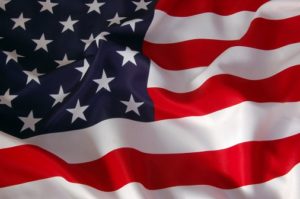 A large group of veterans, mostly from north-central and northwest Iowa, will fly to Washington, D.C. this coming weekend.

The Brushy Creek Chapter of Honor Flights will depart Fort Dodge early Saturday for the day-long journey. Charlie Walker, one of the tour’s organizers, says it’ll be a full charter.

“We got about 150 total people,” Walker says. “I’m guessing about 130 veterans and the rest of them are support staff.” The support staff members for this flight include a physician, three nurses, and a firefighter/paramedic.

Among the veterans, there are at least six Iowans who served in the Korean War.

“It’s mostly Vietnam veterans but we do have a 101-year-old World War Two lady veteran, Navy veteran going,” Walker says. “Edna Marusca out of Lake City, and her granddaughter is going to go and take care of her in the wheelchair.”

The group will fly to Dulles International Airport and board buses to visit various sites monuments and historic sites in Washington. The plane will return to Fort Dodge Saturday night.

The flights have been held from Fort Dodge for more than 10 years. Another one is set for August 27th.