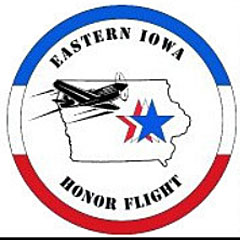 Charlie Ross, a volunteer with the Eastern Iowa Honor Flight organization, told KCRG-TV that the vets will be seeing the national memorials built in their honor.

This is the organization’s 23rd flight to the nation’s capital and the first of 2016. The flights are made possible by individual and corporate donations. The National World War II Memorial was dedicated nearly 12 years ago, 59 years after the war’s end, and many WW II vets have yet to visit the monument.

“Unfortunately, we’re running out of older veterans at a rapid rate,” Ross told KCRG. “We’re trying to get as many of these men and women to Washington, D.C. as we can before there aren’t any more.” The public is invited to welcome the veterans home when they return around 10 p.m.

The Eastern Iowa Airport in Cedar Rapids is providing free parking for the event. The Eastern Iowa Honor Flight organization has scheduled other flights for more veterans to visit D.C. on May 18, September 20, and October 18.