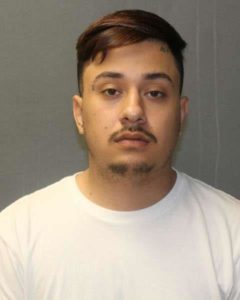 A Sioux City man is in custody, facing multiple charges after being involved in a hit-and-run accident Saturday night.

Police say 20-year-old Victor Villarreal was driving the vehicle that hit a motorcycle at the intersection of two streets in Sioux City. The motorcyclist — 42-year-old Gustavo Munoz of Sioux City — suffered serious injuries and was taken to an Omaha hospital.

Villarreal was arrested Tuesday. He has been charged with leaving the scene of an accident and failure to yield the right of way as well as driving with a suspended license and without vehicle insurance.

Villarreal faces a marijuana possession charge and is also wanted on a separate warrant in Nebraska. He’s being held in the Woodbury County Jail on a $3,200 bond.